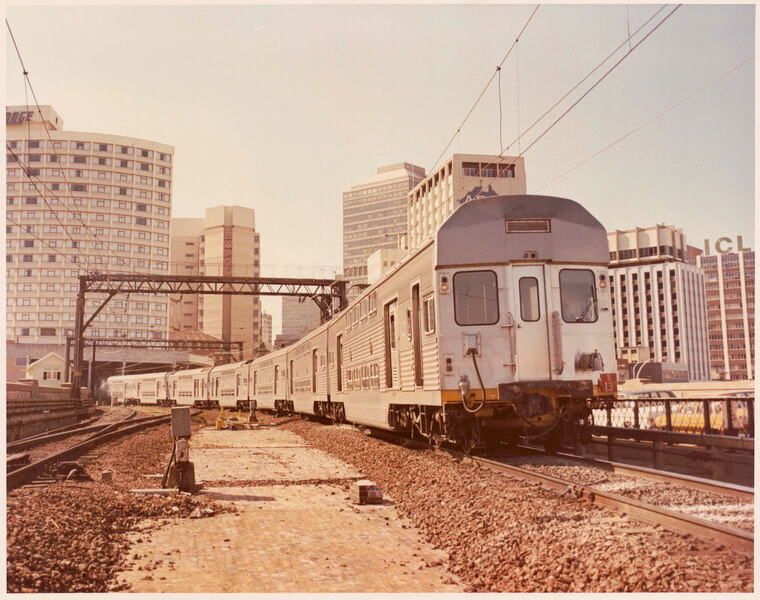 In recent years, Minimodels has produced examples of the New South Wales Railways initial foray into double-deck technology with the release of the model of the Tulloch double-deck trailers.

Tulloch Limited built 120 of these cars between 1964 and 1967 and the success of these vehicles led to the construction, also by Tulloch Limited, of four experimental double-deck motor cars in 1968 (numbered C3801 to 3804) to a design similar to the earlier trailer cars. Commonwealth Engineering (Comeng) of Granville also built 16 double-deck inter-urban cars which were introduced in 1970. Lessons learned from both these rolling stock orders led to the confident pursuit by the Department of Railways of the introduction of further double-deck cars to ultimately replace the aging single-deck fleet which had faithfully served Sydney since 1926.

Subsequently, in May 1970, a contract was placed on Commonwealth Engineering for the supply of 53 painted, stainless steel double-deck non-air-conditioned suburban motor cars (numbered C3805 to 3857) to be matched with an equivalent number of the existing Tulloch double-deck trailer cars to form four-car double-deck sets. Mitsubishi motors and electrical equipment was chosen for these 53 cars. 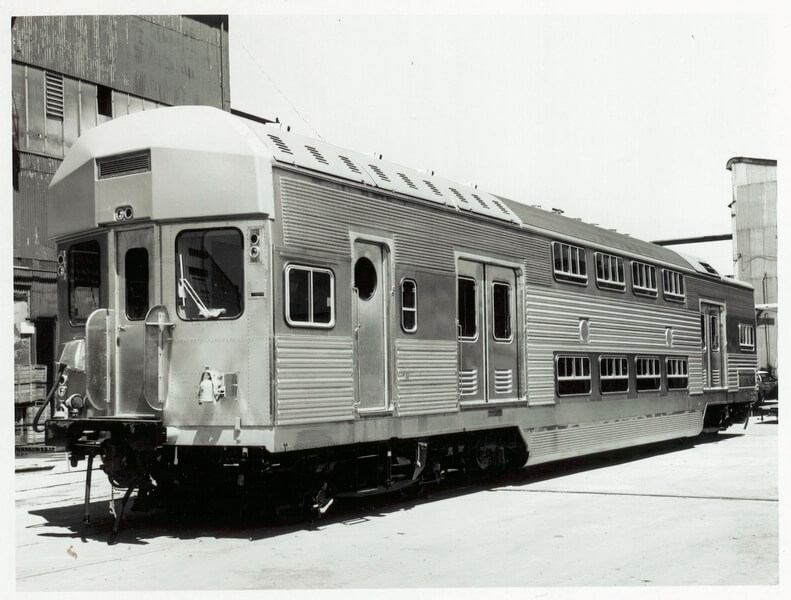 The satisfactory performance of these fifty-three cars led to the placing of an additional contract (No. 2/72) on Comeng for an additional fifty-four motor cars (numbered C3858 – 3911), ten driving trailers (D4011 – 4020) and forty-two trailers (T4921 – 4962). These cars entered service between November 1973 and March 1976. They were delivered in polished, unpainted stainless steel.

As delivered, all three variations of these cars featured Belawat style, aluminium framed windows with a lower piece of solid glass and two sliding panes above. Due to the activities of the moron graffiti element, it became necessary to replace the sliding upper panes and replace them with a hopper style to deter people placing their hands outside the car to spray paint the roof above as well as endangering their limbs. This had the effect of limiting the air flow into the car. This modification took place during the early 1990s on all cars then still in service. 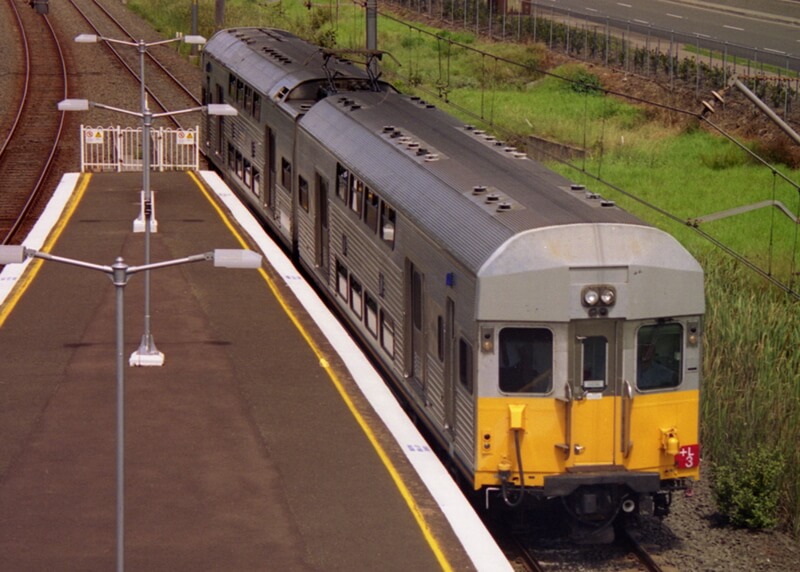 As a safety feature to improve visibility of an approaching train by track maintenance staff, four cars, C3858, C3864, C3866 and C3867 had the entire number two (driving) end painted bright yellow. Two other cars, C3862 and C3895 were fitted with experimental route indicators in January 1975 and carried this feature until September 1975.

The initial ten driving trailer cars, D4011 – D4020 were delivered without external door access to the crew compartment. This aspect resulted in a union ban on them being used for their intended purpose as driving cars on two-car sets and they subsequently spent their lives as trailer cars in four-car sets. Subsequent orders for cars D4021 – 4095 featured the requisite doors, allowing for the operation of two-car sets if required. To improve comfort for suburban South Coast commuters, six of these latter series cars (D4021 – D4026) as well as four of the original contract cars (D4011 – D4014) were sent to Wollongong and hauled by a 48 Class locomotive. Cars D4021 – D4026 were equipped with a generator and air compressor to provide lighting and air for the air bellows on the bogies.

On 7 December 1977, cars C3954* and D4050* from this series were the first double-deck cars to travel on the Eastern Suburbs Railway for trial purposes prior to the opening on 23 June 1979.  They were hauled by locomotive 7343 with power van CHO2000.  *These two cars are featured on the decal sheet provided.

In April 1995 and continuing until April 1999, cars undergoing major overhauls received the “CityDecker” livery featuring a wide blue band along the side of the car between the upper and lower windows. Although this series of Minimodels does not include cars featuring this modification, cars know to have carried this scheme are listed to assist modelers who may wish to modify a model of these cars to reflect this livery.

Following the abandoning of the blue stripe era, all motor cars then received a yellow front in the area below the driver’s windows as well as on passenger doors. The motor cars also received destination boxes in the area above the crew compartment. 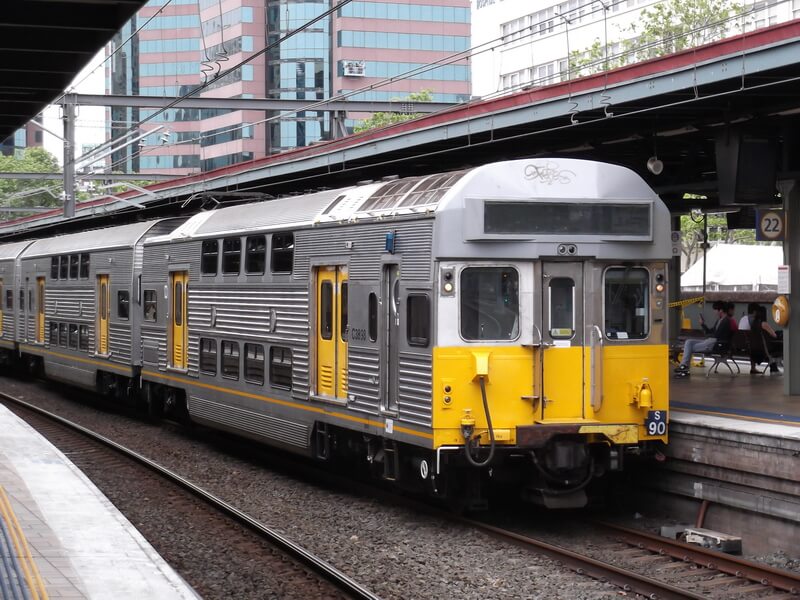 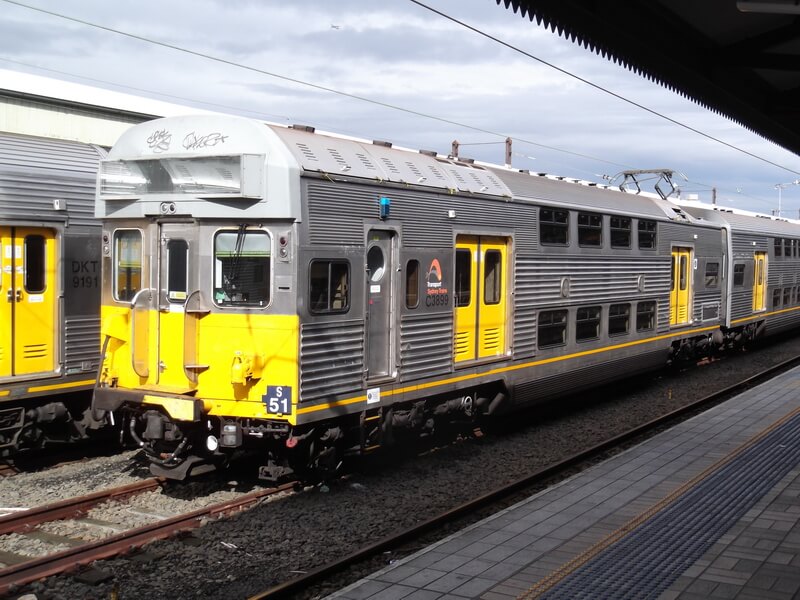 Driving trailer D4017 suffered fire damage at Redfern on16 June 1976 and was condemned during December 1976. Sister car D4020 was involved in a collision at Bondi Junction on 4 January 1990 and condemned during August that year.

With the entry into service of eight-car Waratah Train Sets from July 2011, withdrawals of non air-conditioned double-deck cars commenced, including cars covered by this model program. It appears the first car officially set aside was C3901 on 27 April 2012. It had been stored at Hornsby Maintenance Centre for some months prior. Although, by the end of December 2014, the majority of these cars have now been withdrawn and scrapped, an operational need exists for about 42 of these four-car S Sets to remain in service for some time to come. These remaining sets feature a mixture of these Comeng series 2 cars as well as the younger Goninan-built cars from the early 1980s. 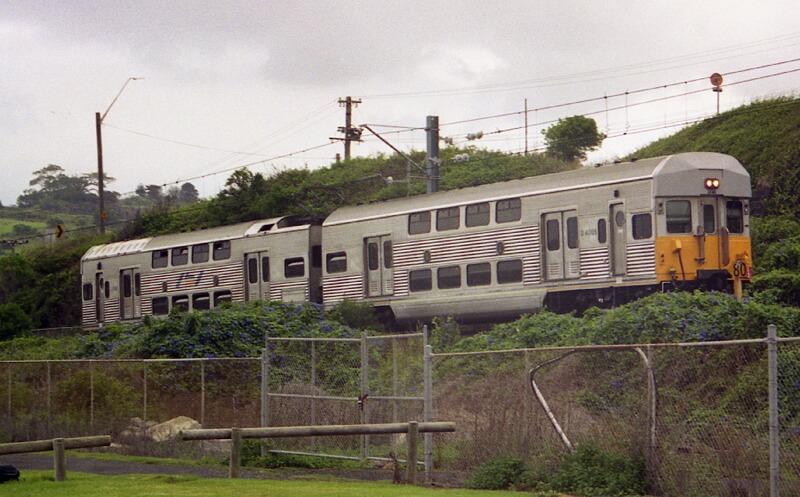 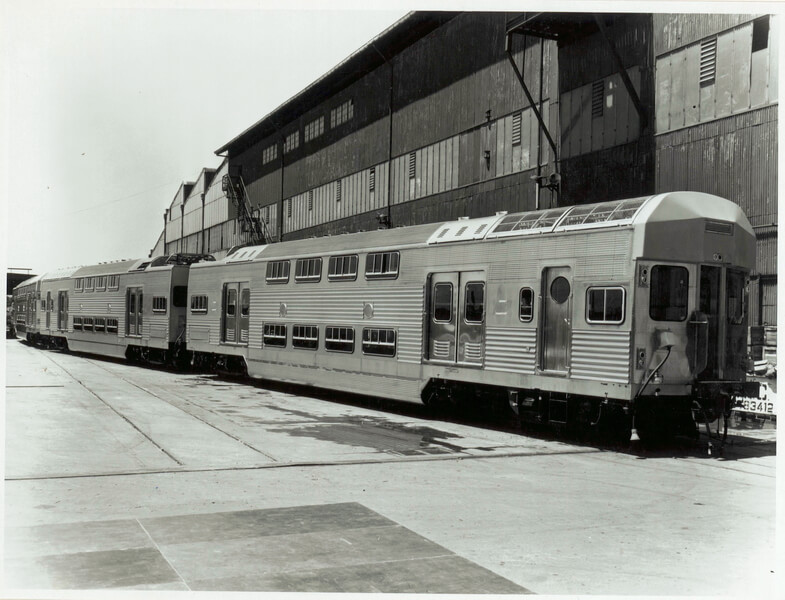